Essential information for anyone with a manuscript just waiting to be discovered …
Tips, hints and a chance to ask all the vital questions! 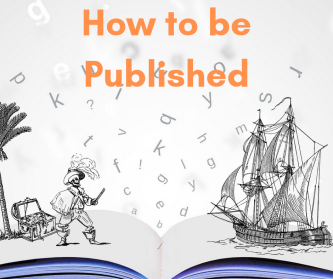 Have you written a manuscript and are wondering what your next steps are?
Join our publishing experts Kit Carstairs (Editor and Managing Director, The Manuscript Agency) and Jenny Mosher (Editor and Managing Director, MoshPit Publishing) for a 2-hour event aimed at helping authors find their feet in both the traditional and self-publishing sphere. Between them they are able to tackle all areas of the writing/publishing journey from a manuscript’s infancy through to a completed book, ready to be distributed and marketed. They are able to speak to both traditional publishing and self-publishing models, outlining the ins and outs of each to help aspiring authors find a way to take their writing forward.

Motivational and inspiring – two key feedback messages from our August writing workshop with Julian Leatherdale – a published author giving an insider’s insights. Our next is on Saturday 22 September at Katoomba Library…book soon at any branch as there are only a few places left. (10am to 3pm | $25 | Age 16+). 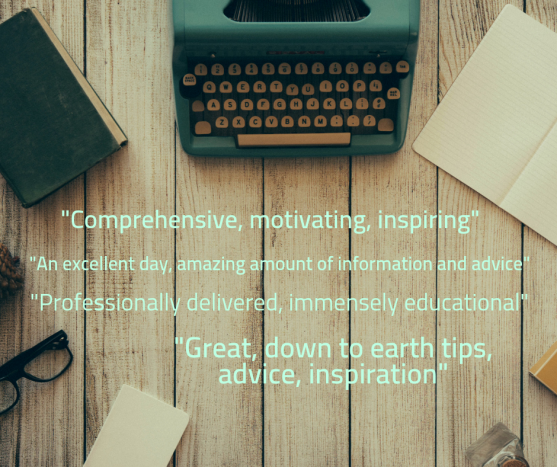 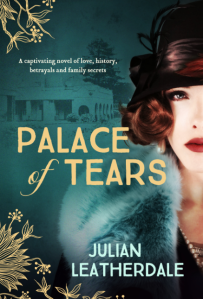 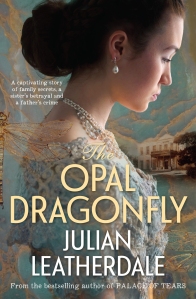 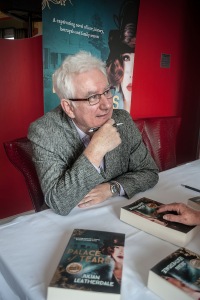 Don’t miss out on a unique chance to meet and learn writing techniques from Julian Leatherdale, the acclaimed author of Palace of Tears and the 2018 follow-up, The Opal Dragonfly.  Blue Mountains Library is offering Julian Leatherdale’s all-day creative writing workshop as part of its Mountains of Stories series.

Julian, who lives in the Blue Mountains with his wife and two children, will deliver a workshop focusing on creating character, looking at plausibility, motivation, dialogue and voice. There will be set readings, group discussions and short exercises.

Julian’s first love was theatre and, on graduation from a theatre studies degree, he wrote four comedy cabarets and a two-act musical. In 2017, he wrote A Life in Ten Meals for theatre project Breaking Bread and in 2018 his play The Man Who Became Santa was shortlisted for the Mountains Voices project and produced by Weatherboard Theatre Inc.

He discovered a passion for history as a staff writer, researcher and photo editor for the Time-Life’s Australians At War series. He later researched and co-wrote two Film Australia-ABC documentaries Return to Sandakan and The Forgotten Force and was an image researcher at the State Library of New South Wales.

His first novel Palace of Tears was published by Allen & Unwin (A&U) in 2015 and HarperCollins Germany in 2016. His essay on the Hydro Majestic and Mark Foy was published on the Dictionary of Sydney website for the 2015 Blue Mountains Icons project and The Opal Dragonfly published by A&U was released on 1 March 2018. 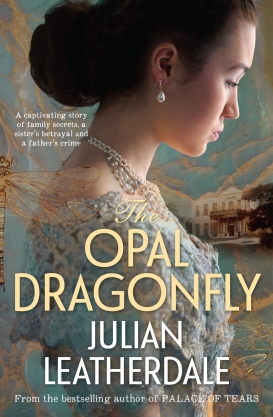 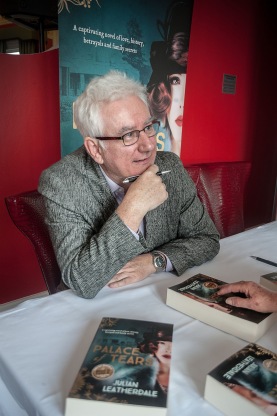 Fresh from last week’s launch of his brand new and much-anticipated novel, The Opal Dragonfly, best-selling author Julian Leatherdale will make a special guest appearance at Springwood Library on Saturday 7th April. He’ll take the audience on an inside journey of the book, how he undertakes his historical research and what motivates him to write.

Avid readers will remember his acclaimed 2015 novel Palace of Tears and have eagerly awaited this follow up. Inspired by Elizabeth Bay House and the grand villas of Sydney’s Woolloomooloo Hill in colonial Sydney, The Opal Dragonfly tells the bittersweet story of an ambitious family’s fall from grace and a brave young woman’s struggle to find her true self.

Set in September, 1851 in a Sydney full secrets and gossip, a wave of ill fortune threatens to swallow up the family of seventeen-year-old Isobel Macleod and their stately Sydney home, Rosemount Hall. Isobel is determined to save her beloved father but when she dares to trespass in a forbidden male world, she will be plunged into social disgrace.

Is Isobel to blame for her family’s fate or does the cause lie further in the past and a mysterious ‘unlucky’ dragonfly brooch she has inherited? In a novel of exciting and unpredicted twists, Isobel’s hopes for her future depend on a charming bohemian who encourages her hidden passion to become an artist risking permanent exile from her family home?

This is a tale of legacies, love and intrigue that will be fully explored in this fascinating author talk. Event at 2pm, cost is $10 and bookings are essential either via the Library Website or in Library branches.

Mountains of Stories with Ingle Knight 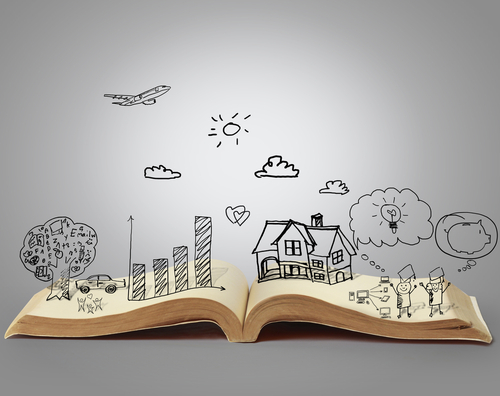 We’ll be holding the last Mountains of Stories creative writing workshop for 2017 tomorrow Saturday, 2 December (10am to 3pm) at Katoomba Library and there’s a few spaces left.

Presented by local writer and academic, Ingle Knight, this will be a stimulating all-day writing workshop with focus on the writing process, the generation of ideas, use of language and how to construct narrative.  For aspiring writers keen to start exploring creative ideas or those with more experience, Ingle’s in-depth knowledge of literature and his experience in discussing ideas and writing styles, makes this workshop a great place to start. 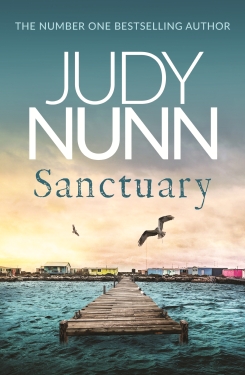 An extraordinary story – the real life story of best-selling author, Judy Nunn, is as packed full of twists and turns as any one of her novels.

From her idyllic childhood in Perth to an acting career as a favourite in iconic shows like Prisoner, Sons and Daughters, Home and Away and The Box. Judy’s transition as a storyteller, from actress to writer, began with a casual conversation at a party in the early 1980s that led to a job writing for a new TV series called Neighbours.

Today, with over one million copies of her books sold worldwide, Judy Nunn is one of Australia’s most successful authors. In 2015 she was made a Member of the Order of Australia for her “significant service to the performing arts as a scriptwriter and actor of stage and screen, and to literature as an author.”

Judy will be with us on Tuesday 14th November at Springwood Library to talk about her new novel, Sanctuary, her writing and, daresay, how she got to where she is now. If you are a fan of Judy Nunn, join us at Springwood Library, 2pm. $10 per ticket – book at any Library branch, online via our website or call 4723 5040 for information.

‘Essentials of Fiction’ is a dynamic workshop delivered by Keith Whelan for our Mountains of Stories creative writing workshop series. Saturday 14 October at Katoomba Library, 10am to 3pm.

Keith has extensive experience in teaching and practicing Creative Writing and has authored and co-authored books across various genres. Keith believes that the best fiction can create intense experiences for the reader: it makes people cry and laugh out loud, stay up all night reading, lets them escape their daily routine and live other lives, changes the way they see the world and becomes a part of their memories. He believes that you can learn how to write fiction that does all this. ‘Essentials of Fiction’ puts the tools in your hands. 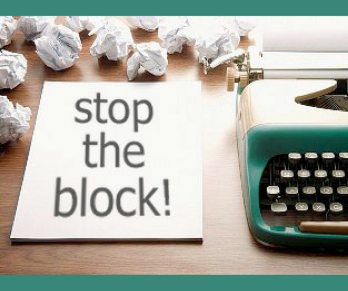 “There’s no such thing as writer’s block. That was invented by people in California who couldn’t write’ (Terry Pratchett)

Creative Writing Help is at Hand! If you are having trouble getting started, finding your story or even finding a great ending, then consider our dynamic all-day Mountains of Stories Creative Writing Workshop on Sat, 17 June at Springwood Library with Carla Billinghurst and Cymbeline Buhler. Just $25, bookable at any Library branch. Age 16+

Carla and Cymbeline have extensive experience in writing and theatre and they bring a creative, hands-on approach to developing storylines and stimulating writing techniques. Both have a background in theatre and theatre direction and both have written and been published, with works spanning novels, plays, theatrical manuscripts, poems, short stories and articles. They have many years’ involvement in presenting and tutoring workshops and have worked with organisations such as the NSW Writers Centre, School of Playback Theatre (New York), Human Rights Arts and Film Festival, (Melbourne), ‘Searching for Songlines’: Migrant Oral History project – Western Edge, and the Olvar Wood Writers Centre. They have been presenting sold-out writing workshops for Blue Mountains Library since 2015. 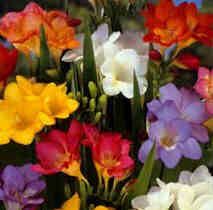 Our writers’ group wrote our responses to this prompt: “There was a familiar scent in the air…”

Always interesting to see individual impressions of a subject.

There was a familiar scent in the air. Annie paused, momentarily struck. It was the soft, sweet scent of freesias, a fragrance of her grandmother’s garden on a warm spring day and not something that she expected to smell in hospital in the depths of winter. She cast a look around the room but there was just one other woman resting opposite her. She was snoring softly and hadn’t woken when Annie had been wheeled into the corner.

Annie leaned forward, thinking that perhaps it was just a floral scent being worn by one of the nursing staff. But there was no-one in sight and all that she could smell now was the brazen note of antiseptic, strong enough to singe nasal hair and cover most of the bodily odours in the ward. She sighed and closed her eyes. It might have been the effect of the medication or a delayed impact of the anaesthetic but as she closed her eyes, suddenly drowsy, she could smell it again.

Annie let her mind wander back to when life was simple and relatively pain-free, when her school holidays were spent at her grandparents’ house and days passed by playing in the wonderland that was their garden.

The freesias were planted in a neat row along the driveway, forming a fragrant guard of honour along the entrance. There were several garden beds at the front and back of the property, and Annie could picture the native trees marching along one fence line, bristling with banksia men and their fierce brown faces. The front garden was encircled by camellias, their blooms both large and small providing a colourful carpet of petals as the seasons changed. A large macadamia tree stood sentry over the driveway, its barbed leaves protecting the tough nuts. Bright bottle brushes and grevilleas tempted the birds, honeyeaters dancing swiftly about when the shrubs were in bloom.

The steep back garden had been terraced in part to grow vegetables. Crisp beans grew against the back fence, sharing a space with colourful sweet peas in spring. Parsley grew in pots, and Annie had loved to pluck and lightly crush the curling herb between her fingers. Large cabbages grew in winter, their dark green and purple leaves encasing the heavy hearts of the vegetables. The cumquat tree had enchanted her; the zesty skin of the carefully harvested small fruit later transformed into jam. A gum tree towered high above the clothes line, a favourite podium for the magpies to sing their beautiful songs.

Annie walked herself around the garden again, taking slow steps to enjoy the multicoloured freesia blooms, almost too heavy for their stems. She walked over to the camellias, marvelling at the marbling of pinks and whites and reds on the petals, such a contrast to the glossy emerald leaves. She reached out and felt once more the soft and comforting warmth of her grandmother’s hands as the scent of freesias surrounded her.